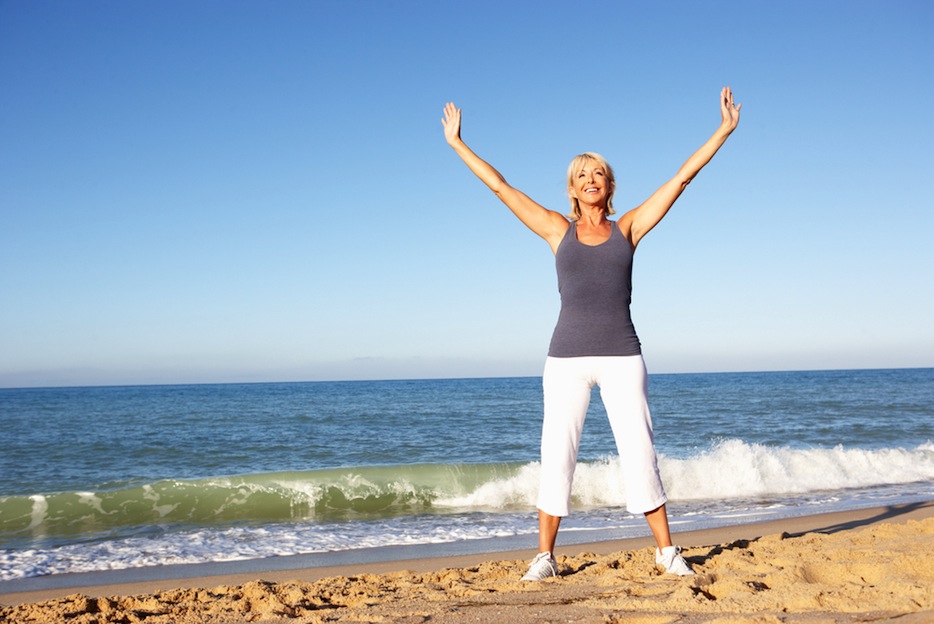 In 1985, I saw a group of German women tourists on the beach of Eleuthera in the Bahamas. These women were in their late 60’s, and early 70’s. Not skinny, toothpick women, these gals. They were hearty ladies. Cellulite abounded. Bingo wing arms flew in the breeze. Thighs were heavy and thick. And, they were topless.

Close by, plastered prone on the sand, tops undone and positioned under them for easy re-attachment, on beach towels, were American women with sculpted bodies, tight butts, and no trace of cellulite to be found. When the German women got up to play, they pranced. They trotted. They had the time of their lives.  When the American women finally got up, they slinked. Not as in sexy slink. Slink as in trying to appear at ease, but clearly not relaxed at all.

Body Image. What have we done to ourselves that we can’t enjoy these amazing bodies we’ve been given? These bodies that have tolerated all the stress, all the pressure, we’ve put them through. To stand in front of a mirror and say, “I hate my arms [pick a body part]” – what’s that about?

On Thursday, I began a series in Sonoma, CA, called, “The Ultimate Anti-Aging Formula: A GPS for ReClaiming Your Body – for Boomer Women and Beyond.”  This is step 1 of 6: ACCEPT. The point: Anti-aging is not about needles or knives, salves or supplements, food or fitness. Those things might lift your spirits temporarily, but there’s only one cure: What’s between your ears. Your brain and your thoughts. If the team leader, your body computer as your brain, is not the positive leader on the team, none of those other “cures” matter. Work on your brain, and the rest will follow.
Women over 50 dread these four fear mongers: Becoming invisible, becoming obsolete, losing the power of youthful days, and the changing of our bodies. In a youth culture, it’s darn scary.
What if we could do something about those? Something real for the rest of our lives? We can! Turns out it’s an inside adjustment, not an outside decoration that gives us hope, permission, and joy. In the event, I call it REJUBILATION (ree joo bill a shun). It means we can rejoice, be elated, have joy, and celebrate our bodies. There are six steps. We’re not getting older, we’re getting started!
What body part do you dislike most? Make friends with it. What piece of you do you like the best? Women at the event talked about loving their noses, eyes, large breasts, small breasts, long legs, short legs. Seems that everything can be appreciated depending how we look at it. Honor the body part you like best. Find a way to show it off. Let everyone know how beautiful it is, by the way you show it off.
Change the course for yourself. Take charge and OWN IT! Like those German women in the Bahamas, decide to prance. Stand up tall. Shoulders back. Push those beauties out! Then, compliment other women, and when someone gives you a compliment, simply say, “Thank you” – no deep diatribe about the honored item needed!
More to come as we continue this series in Sonoma. I would love to hear what you think! Share your comments here.

Own it! It’s all about the ‘tude
Scroll to top